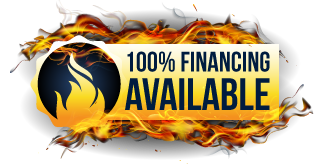 Best OKC Outdoor Kitchens | Are You Wanting To Enjoy Cooking In Style?

When I finally made it over to a customer’s home whose project I had been trying to get scheduled to photograph since October, it was already January, and the home was still decorated for Christmas. There was not a part of the house that did not have a holiday decoration, so I can imagine it is probably a lot of work to take everything down and put it all away, so finding the time when the holidays are already busy, it hard to do.

In addition to the busy holiday season, having an outdoor living space installed outside your house is a lot of work as well. And this was not an ordinary outdoor living space! It started with an existing swimming pool, and PMH came in and installed a Best OKC outdoor kitchen, and a pavilion, a pergola, and outdoor fireplace, and a cedar TV cabinet.

They had outdoor patio furniture under the pavilion and adjacent to the outdoor kitchen that was also underneath the western red cedar pavilion. It was arranged like a dining room table and was viewable from the inside dining room because of the large glass windows lining the wall to the backyard and back patio that overlooked the swimming pool that was on the other side of the outdoor kitchen.

All the work that PMH designs, builds, and installs is custom for each customer, and this project was very customized. They had a pergola tied into both the roof and the pavilion that covered a lounge area on the other side of the black wrought iron gate that surrounded the swimming pool.

Next to the pergolas was an outdoor fireplace. It was also constructed out of the same brick that was used on the kitchen and the pergola post so everything matched and was coordinated. The fireplace was very tall and had a cedar TV cabinet mounted in the middle of it.

Unlike the inside of the house that was still fully decorated in Christmas décor from floor to ceiling, the outdoor living space was the complete opposite with lots of summery décor like turquoise pillows with pink flamingos on them. Brightly colored candles and a pool blue fireplace cover. Lime green patio chairs and beach umbrellas were attached to the tables around the pool and the ultraviolet tinted polycarbonate on the pergola was placed in preparation of the summer sun. As were the ceiling fans that were placed strategically on the inside of the pergola and the pavilion to keep everyone cool. When I arrived to take photos, a young guy was already there making repairs to the wrought iron fence that had been placed around the swimming pool. He had all his tools in place and was in the middle of working, so I waited inside until he was finished. It was quite cold outside since it was in January, but the sun was shining brightly, so that helped when I did finally make it outside to take the photos. The homeowner was very nice and pleasant to visit and talk with, but she declined the video review. She made it clear that this was mostly her husband’s project and if he had been home, he would have been the one to do the review, as he would have been able to offer a lot more information and input as to the overall experience he had before, during and after the project was completed.

After I took the photos, she wrote me a check for the final payment. She expressed how happy she was with the project and the outdoor living space that we created. This is one of those projects that I would love to go back and photograph again during the summer months when the grass is green, and the pool is in use.