Best Pools in Oklahoma City | Gathering Around A Great Pool? 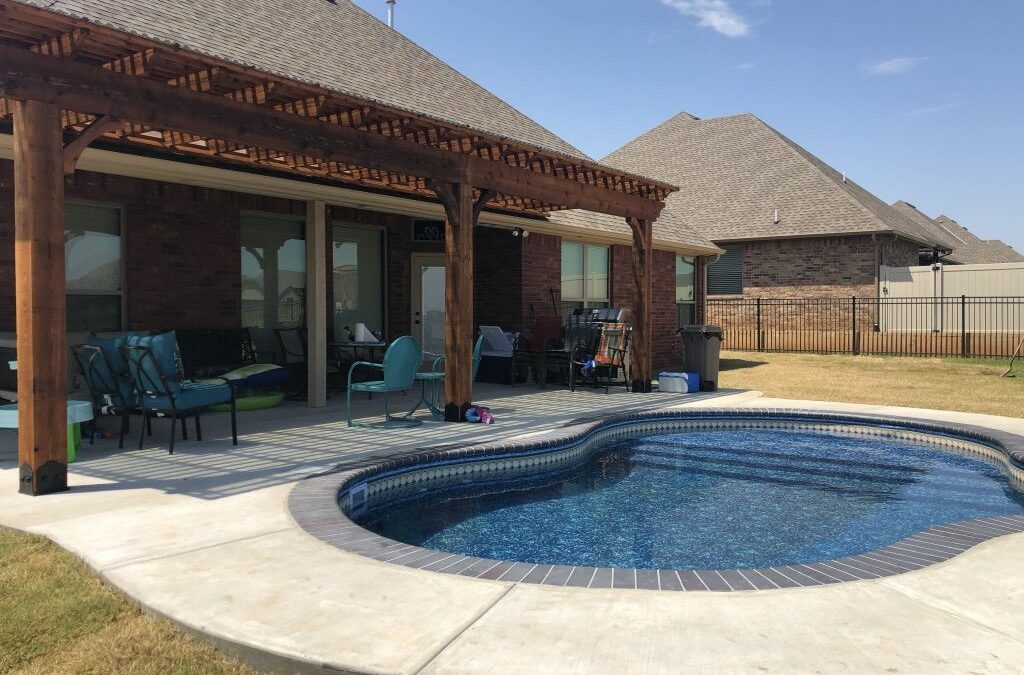 The first time I traveled to Tulsa for work, it was to photograph not one, but the first two outdoor living space projects that we completed in that city. I was very fortunate that I was able to schedule them back-to-back on a Saturday, so I only had to make one trip and get both photographed on the same day. Because I had to coordinate my schedule with both of their schedules, I had to plan it in advance, and I hoped and prayed for days that the weather would be nice for the drive up and the photographs. It was! The weather was perfect. Sunshine, blue skies, and no rain! The temperatures were even nice. It was in the winter, but it was almost warm enough outside that I could have gone swimming in one of the Best Pools in Oklahoma City.

When I arrived at the first customer’s house, he answered the door and looked surprised to see me. He said that he had forgotten about the appointment! I was so glad that he was home! It was the middle of the afternoon on a Saturday, and he could have easily been out running errands. He and his family were very nice, and they invited me inside, and took me out to their backyard and showed me the pergola that we had built for them that was installed right next to their Best Pools in Oklahoma City. They explained that their plan was to place a television underneath it, as well as a bathroom so that they could watch the television while they were swimming in the Best Pools in Oklahoma City and then when they got out, they could wash up in the bathroom before going inside the house.
They were all very happy and in love with their pergola! They said that their next-door neighbors have been asking about it and wanting to know who did the work. He was happy to do the video review, and he said a lot of nice things about the company.

I then traveled about twenty miles to photograph the next finished project, which was in the city of Tulsa, near the downtown area in a very nice older neighborhood where all the homes have been kept up very nicely.
The customer greeted me at the door and took me through his house and into his backyard where he had a very large, beautiful pergola. It was impressive! He was extremely happy with the way that it turned out, and he said that he knew our salesman very well, because he had a pergola installed in his last house, and the salesman that sold that one to him, was working for a different company at the time that was located in Tulsa. He now lives in Edmond and works for us. He bragged on him quite a bit and said that we are lucky to have him on our team. He said that he also knew the brother of the guy whose project I had just photographed in Owasso. When I email customers to schedule finished projects, I always blind copy everyone so that I’m not sharing their email addresses, but in this case, since I was trying to coordinate two people’s projects in Tulsa, I did not do that. I explained in the email that they were our first two projects in Tulsa, and I congratulated them both! That is how the second customer saw the name of the first customer. It is such a small world!

He also did the video review and said a lot of positive things about the company. My first trip to Tulsa was a very successful one. I got to meet and photograph the projects of two very happy customers! I have been back once since then, with plans to go back again soon to photograph several more projects that are in the works. We have several trade shows scheduled in the fall so that will increase our leads and sales in that part of the state. We have been receiving a lot of requests from people in other parts of the country, from Texas and as far away as Chicago and Pennsylvania. We will be expanding to Arkansas after Tulsa.

I am working on growing the PMH Tulsa social media pages to get information about the company to people in that part of the state, as well as images of the work we have done in Oklahoma City and the metropolitan area, like Edmond and Mustang. A lot of our customers have found us on social media.