Find Gunite Pools in OKC | When Are You Focused On Getting A New Pool? 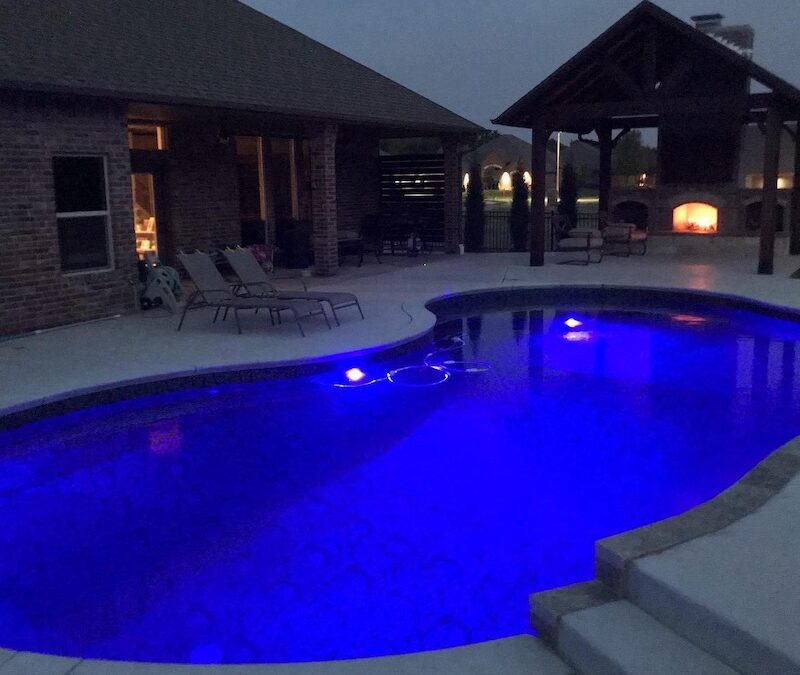 When people think of PMH, they usually think of pergolas. PMH is known as the home of the half pergola. However, as they have grown in popularity of the years, they are earning a reputation for being the number one designer, builder, and installer of all aspects of outdoor living, from pavilions to pools to privacy walls.

When it comes to creating something unique and out of the ordinary, PMH can usually do that to. No matter how big or how small the project is, if it can be made from western red cedar, they can do it.

I was given an assignment recently to photograph a finished project in Blanchard. My address is Blanchard—but I live in Bridge Creek, which is closer to Newcastle than to Blanchard, but they are all small towns, so I knew this house was probably close to mine, so I scheduled it at the end of the day, on my way home.

It was only a four-minute drive from my house, in a housing addition that I drive by often, that I have always thought of as being in Newcastle. In fact, I have a close friend who just built a house on some land next door to this housing addition, and I do volunteer work at a primate sanctuary across the street. I asked the homeowner if her home was really in Blanchard, or if that was just her address, and she lived in Newcastle. Of course, if she was in Newcastle, her address would have been Newcastle, because they have a post office, unlike Bridge Creek, where I live, which is just a township and is divided between Blanchard, Newcastle and Tuttle addresses, depending on the location.

I do not often know exactly what I am going to be photographing until I arrive. I can usually tell right away what PMH has built and installed, but I always ask the customer in case there is something special that they did, or if any part of the project was existing, like a Find Gunite pools in OKC.

At this home, PMH built a custom deck with stairs, seating, and railing around an above ground swimming pool. It was not a Find Gunite pools in OKC.

This project improved the overall appearance of not only the above ground pool, which can often be unsightly to look at, unlike Find Gunite pools in OKC.

This above ground pool was not only above ground, but it was raised up and sitting on a deck. The deck and railing that PMH put around it was made from western red cedar and was stained to match the décor of the rest of the backyard and the exterior of the home.

The above-ground pool with the custom deck was situated on a nice piece of land behind the large house that backed up against a forested area of trees, making for a nice, quiet and private place to relax and swim.

The deck was decorated nicely with furniture that included chairs and tables and umbrellas as well as other fun décor to give it an outside pool vibe. There were also lots of tropical plants sitting on the deck area that really dressed it up a lot. The railing was adorned with café lights to give swimmers some light in the evenings and to make it look nicer overall when lit up at night. The look especially nice when they light up a Find Gunite pools in OKC.

I was under the impression that the homeowner’s daughter and granddaughter live with her, or at least visit quite often, because the back patio and backyard were both covered in kid’s toys that looked like they probably belonged there on a permanent basis. Perhaps the grandchild stays with the grandmother on a regular basis.

I am guessing that the grandchild is learning how to swim, because it was a warm day when I took the photos, and the grandbaby had floatation devices on her little arms. She will be ready for a Find Gunite pools in OKC in no time!

My favorite part of the project were the winding stairs that were attached to the side of the above ground pool and had a nice cedar hand railing on both sides. There was a gate added to the front that could be opened and closed with a safety latch—probably to keep the grandbaby from opening it and accessing the stairs and climbing to the top of the deck where she could fall into the pool. This can be even more dangerous in a Find Gunite pools in OKC, which is why it is so important to teach kids how to swim and to keep it enclosed with a cedar railing with a secure, latched gate.

I asked the customer if she would like to do the video review, and she was happy to do it. She sat on the deck next to the pool with the railing in the background. It showed off the project well.

Aside from the pool deck and railing, PMH also had their landscaping crew move a few trees, which the customer was very happy about and she was also very impressed with the job that they did. She showed me what an excellent job they did of moving them to different areas of the property and replanting them.

It was nice to meet someone from my neighboring town!